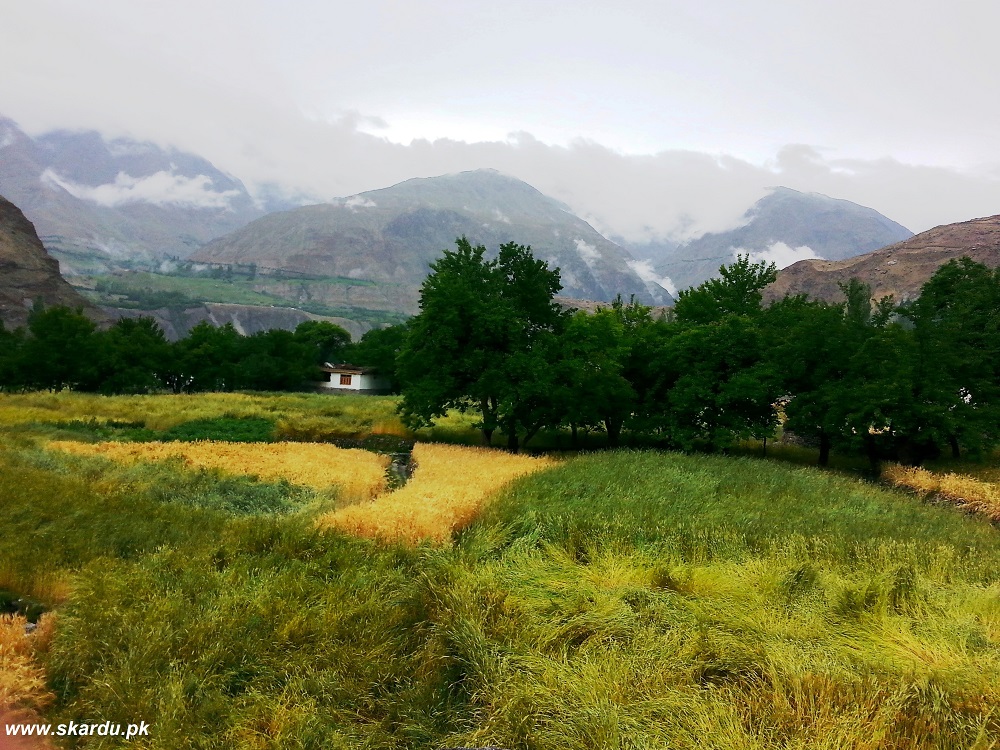 Ghanche district is located in east of Baltistan. Ghanche is strategically very important district. Ghanche district is bordered by China in north-east, Indian occupied Ladakh in south, Skardu district in west and Shigar district in north-west. Ghanche is also called Khaplu valley . Khaplu Ghanche is famous for its apricots, peaches , cherries, apples and pears. The whole valley is full of fruit trees.  Apricots are more common fruit tree and source of income in this district. For those who are interested in history and culture Ghanche is perfect place for them.

The word Ghanche is derived from Balti language which means ‘the land of glaciers’. There are thousands of glaciers in Ghanche district the largest and famous Siachen glacier is also located in Ghanche district. Siachen glacier gained popularity in the world due to conflict between India and Pakistan. Ghanche consists of 3 sub valleys . Hushe valley , Saltoro valley and Chorbat valley. It is located in between the mighty peaks of Karakoram range. Masherbrum 7821 m is highest peak. Three major rivers and many streams combinely joins into  Shyok river which is one of the major tributary of Indus river. The Hushe river originates from Ghondogoro glaciers and joins Saltoro river at Haldi village. Saltoro river originates from Ali Brangsa Glacier. Kondus river originates from Kondus glacier and joins Saltoro river at Dumsum village. These rivers combinedly joins Shyok river at Yuchung.

Historically Ghanche is one of the most important districts in Gilgit Baltistan. The early history of Ghanche is unknown. According to Molvi Hashmatullah  the writer of “Tarikh e Jammu” , original settlers of Ghanche were Tibetans and Turks. Tibetans migrated from western Tibet and settled in northern parts of district. While Yughurs/Turks migrated from Kashghar and settled in Hushe and Saltoro valley. A warrior namely Baig Manthal established a state in Haldi village. He built a fortress on a rock. Later he extended whole Khaplu valley and became the only ruler of this region. He is believed to be the founder of Yabgo Dynasty. Yabgo Dynasty once ruled whole Baltistan. It was one of the powerful kingdom in Gilgit Baltistan. Yabgo Khar also called Khaplu fort is one of the monument of that era. Khaplu fort has recently been restored by Agha Khan Cultural Foundation.

Places to Visit in Ghanche

Ghanche valley is home to some of the highest peaks on earth which are Masherbrum, Sia kangri, Saltoro Kangri, K7 , K6, Laila Peak, Naiza peak and Amin Braq. Hushe valley is a hub of adventure tourism in Baltistan . There are many trekking routes in Hushe valley. Hushe is also home to granite towers which makes it a heaven for rock climbers.  Other top attractions are :