Home » Polling for 37 seats of the SenateElection2021 is underway

Polling for 37 seats of the SenateElection2021 is underway 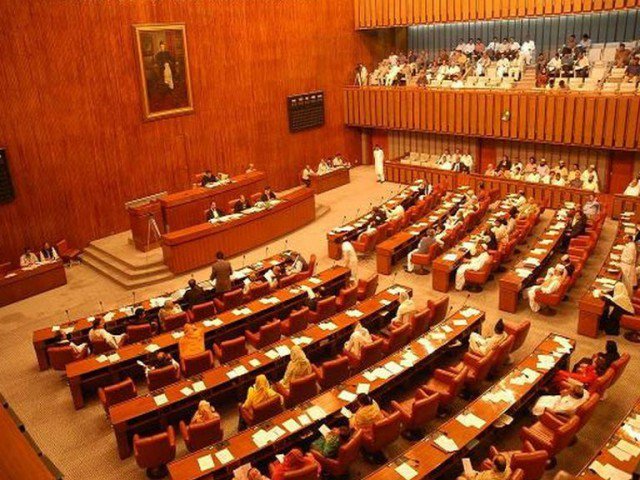 ISLAMABAD: Polling is underway for 37 seats of the Senate of Pakistan. The polling is scheduled from 9 am to 5 pm. A total of 78 candidates are contesting SenateElection2021 from Khyber Pakhtunkhwa, Sindh, Balochistan, and Islamabad. Currently, 11 senators are elected from Punjab, now polling is being held for the remaining 12 seats each of Khyber Pakhtunkhwa and Balochistan and two of the federal capital and 11 of Sindh.

Provincial MPAs from Balochistan, KP, and Sindh will cast their vote while members from the national assembly will choose the representatives from Islamabad the capital. Today on Wednesday, March 3, the first vote for SenateElcetion2021 was cast by PTI member Shafiq Arain. The result of SenateElection2021 would be announced at 6 pm for Islamabad and 7 pm for other provinces.

In the last few days, there has been a lot of controversies about the senate election, as PTI has accused the opposition to buy votes by using money and other illegal activities. Yousuf Raza Gilani’s son Ali Haider Gilani was caught on camera while he was telling a candidate to discard votes. PPP candidate and former prime minister of Pakistan, Yusuf Raza Gilani is contesting against the ruling party candidate and sitting federal minister Dr. Abdul Hafeez Shaikh. Another audio leaked in which Sindh Minister Nasir Hussain Shah was talking to PTI MPAs regarding the Senate election.

Currently PTI the ruling party has 180 seats in the National Assembly of Pakistan. PDM’s supported Yusuf Raza Gilani has a support of 161 votes in National Assembly. As ballot is secreting so PDM could do anything against PTI as they had challenged against open ballot in court.

The Senate of Pakistan is the upper house of the parliament in which each province is represented by 23 seats, while four seats are allocated for Islamabad. Each province is represented by 14 general seats, four for technocrats, four reserved for women, and one seat for minorities. These representatives serve for six-year terms. The senate elections are held in 2 phases, in the first phase half are elected and the remaining half are elected three years later. In 2015, 52 senators were elected they are set to retire in 2021. In 2018 the other 52 were elected and they will retire in 2024. Candidates elected in 2021 would be retired in 2027. In 2021 elections are being held only on 48 seats as 4 seats of FATA were abolished after FATA’s merger with KPK.

previousQatar will provide job opportunities to 300000 Pakistanis, Consul General Qatar
nextHow big is the universe, how much of the Universe is explored?