He confirmed that he has contacted Pakistan Cricket Board to construct a cricket stadium in Skardu and they assured him. He said that it will provide an opportunity for local players to play and training session. He also said that Skardu Baltistan is one of the peaceful and safest place in Pakistan. Despite this security arrangements have been made at different check posts and entry points of Baltistan. With the assistance of federal ministry of sports a state of the art sports complex would soon be constructed. Playgrounds for hockey, football and cricket would be established under this project , he added.

Chief Minister Gilgit Baltistan said that solid waste management project has been approved and it will be inaugurated in March. He said that all non metaled roads will be metaled soon. He said that number of tourists are increasing day be day in Gilgit Baltistan. Therefore 100 new hotels would be constructed. He appreciated the process of registration of hotels and rent a car services.He said that it would facilitate tourists. To provide better facilities to tourists tent villages are being established in valleys and tourist places. He also said that a committee has been constituted to introduce land reforms in Gilgit Baltistan. The committee would start its ground work soon.

View all posts by Editorial Team → 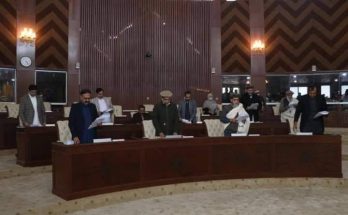 How To Protect Yourself from COVID-19 Corona Virus Infection

How Deadly is Corona Virus