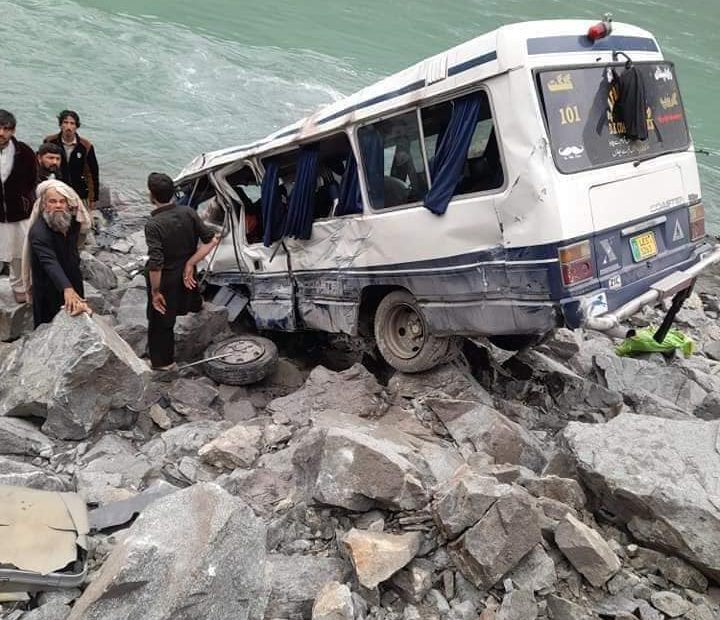 According to provincial minister, Fatahullah Khan one passenger died on the spot while nine others were injured and shifted to hospital.

This is a developing story, it is being updated.