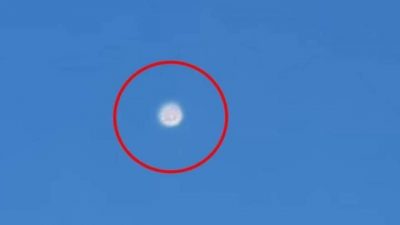 Yesterday a pilot claimed that he has seen an unidentified flying object (UFO) in the sky during a flight from Karachi to Lahore Pakistan. When the pilot spots the shiny object the plane was flying near Rahim Yar Khan. The pilot has captured the video and it has gone viral on social media. According to media sources, some people in Rahim Yar Khan also spotted the same shiny object in the sky. The pilot said that he was surprised to see such a shiny object during daylight. PIA authorities didn’t confirm the flying object as a UFO. They said that the Pilot spotted a shiny flying object but they are not sure what the object was.

This is not the first time a country’s pilot has claimed to have seen a UFO on mainstream media. Earlier, the spaceship above China’s famous Shanghai Tower was seen by hundreds of people and was well covered in the media. Once upon a time in the mountain range of Japan, the villagers claimed to have seen a UFO.
Of course, we can’t avoid this just by looking at it, because there are videos of most of the occasions. Now the real question is where do they come from and who owns them?