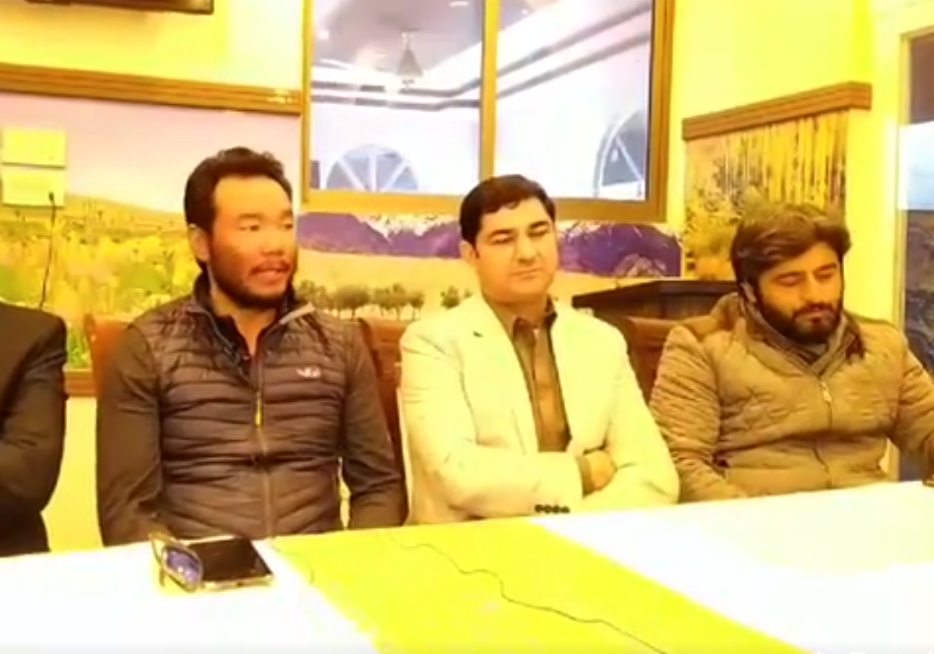 Chung Dawa Sherpa while talking to the media said that the search operation is going on. He hoped that good news would be received soon. It is sad that we could not celebrate the summit of Ali Sadpara. Ali Sadpara is a brave and experienced climber. Ali Sadpara convinced me and my team to come to Pakistan. It was a lot of fun to climb with him, he said. We started mountaineering with him in 2009.

Dawa said that “He was a shining star in the world of mountaineering. We are very saddened that he did not celebrate his summit with us. We miss our three friends very much. He will be among us very soon. He said that Ali Sadpara is an expert and experienced climber. He can come back. Ali Sadpara always made the right decision on time. Due to bad weather, I gave up climbing K2. Ali Sadpara went with John Snorri and Juan Pablo Mohr.”

He said that we waited and expected that Ali Sadpara and his teammates would make it to the summit and returned back till the next morning that day but we could not celebrate their summit. He said that after crossing the bottleneck, it is not difficult to reach the top. Dawa said that they may have summited K2, but an accident may have occurred on return.

Meanwhile, Pakistan Army couldn’t locate the missing climbers in today’s C-130 search operation. As soon as the weather clears, a big operation will be launched to find them.